You are here: Home / Our Countryside / Bird Surveys
Main content

1. As part of a programme of conservation activities, the Group plan to undertake targeted bird surveys over selected areas in the Upper Deverills.

2. The purpose of these surveys is to identify the presence, or absence, of target species and record numbers and additional appropriate information such as landscape setting, habitat, time of day etc. In addition, the planning and surveying will provide opportunities for Group members from the 3 villages to engage in birding activities, developing their knowledge and interest.

3. The proposals suggested in this paper will be time consuming and will, initially at least, rely on actions of a small number of people. Suggestions are modest to ensure we are not overloaded alongside all the other wildlife conservation activities that might take place. It would be easy to add additional bird species or areas to survey in later years if the numbers of appropriately experienced people became available to help.

4. The results we should aim to achieve must be credible records that are based on best practice and support similar initiatives for restoration of our countryside.

5. To identify and record the presence, abundance or otherwise of selected vulnerable bird species and offer the opportunity for interested members of the community to contribute to an element of wildlife restoration and conservation.

6. Within the Upper Deverills there are important key landscapes and habitats such as chalk downland, riparian habitat along the chalk stream and small close-knit villages with predominantly older buildings and mature gardens. The varied habitat has some influence in selection of species to survey.

7. The majority of land use in the Upper Deverill’s parish is agriculture. It is well documented that intensive farming generally has contributed to loss of habitat and a significant decline in farmland birds. It is not known the extent that this has affected bird species in the Upper Deverills.

8. It is proposed to select farmland birds that are known to exist in the area and are susceptible to decline. Species selected are Yellowhammer, Skylark and Corn Bunting.

These species are red listed as birds of high conservation concern in BOCC5 [Birds of Conservation Concern 5 issued in December 2021.

9. In addition, birds associated with a built-up environment will be of interest. For this reason, it is proposed to survey the village environments and immediate vicinities for Swifts and House Martins, both of which are Red Listed species.

10. All the target species are insect eaters; Swift and House Martin are wholly insectivorous, Corn bunting, Skylark and Yellowhammer during the breeding season mainly for feeding their young [seed eaters outside the breeding season]. The decline of insect numbers through use of insecticides and herbicides will affect the abundance of the birds selected.

11. Survey of Swifts and House Martins is probably best undertaken by identifying specific nest locations. This will require and enable a degree of community engagement to firstly identify the presence of the birds and then pin point buildings where nests are built or boxes occupied. It is envisaged that individual sighting reports sent to village representatives may be a good way of collecting initial information and then allow follow up to collect more detailed data.

12. Longer term plans might include a programme to encourage artificial nest sites to be placed on buildings where owners are interested. The Group could assist with this initiative.

13. The survey of farmland species is more complicated and it is important that accepted methodology is adhered to, and this applies also to selection of survey areas and routes. There are 6 farms in the Upper Deverill’s parish:

14. To ensure that there is a reasonable spread of survey locations across the Parish area, it is intended that each farm should have at least one survey route established. These routes will be selected based on current local knowledge of where the most suitable habitats should exist and where targeted species should be present. Habitats should be defined using accepted terminology.

15. To avoid conflict with landowners’ interests or farming activities it is proposed to use routes that are public rights of way (unless permission is given for more open access on sections of a route).

16. With the aim of adhering to current accepted practice, and in simplified format, it would seem appropriate to follow guidance provided through the AONB to support the Farmer Clusters initiative. Typically, for Yellowhammer and Corn Bunting the following advice is provided:

17. It is suggested that this is adapted to include walking transects (routes) 3 times during the period between mid-April and the end of June i.e., every 3 weeks, or so. Furthermore, rather than limiting to two 1 km stretches, these should be increased to include distances of whatever suitable habitat exists along the selected route, but ensuring that records relate to 1 km stretches on the route. This will be important to be able to draw comparisons of density in different farming areas across the Upper Deverills Parish.

18. Additional survey techniques exist within the British Trust for Ornithology (BTO) Breeding Bird Survey (BBS) which is conducted annually across the whole country in selected survey squares. This is not species specific and has very rigid transect reporting criteria. Also, because it is designed for widespread countrywide reporting and analysis, the techniques are not a reliable indicator of local abundance. However, the BBS instructions contain useful information and making use of habitat categories, weather descriptions and breeding evidence may be survey indicators we might wish to adopt.

19. These initial surveys effectively provide a baseline. With annual surveys conducted in a consistent manner, results will be able to indicate improvement or decline and relate those changes to circumstances at the time.

20. The Big Farmland Bird Count promoted by the Game and Wildlife Conservancy Trust is not considered appropriate as a survey methodology.

21. The format in which data is collected and stored needs careful thought. It would be better to adopt an existing wildlife specific application which is widely recognised.

22. Research and consultation have concluded in selecting BirdTrack to record farmland species. This on-line portal operates under BTO control feeding into local and national records. Our records can be related to a predetermined path and not just an area such as a grid square and there is considerable scope to include additional data, eg breeding indicators. Three nominated recorders will enter data for the 3 village areas onto a Group site on BirdTrack.

23. For the records of Swifts and House Martins it is intended to use iRecord. Anybody can register to use this App which is simple to use and enables data entry of other taxa, eg mammals, butterflies, reptiles and so will be more generally suitable for use in connection with other Group activities and interests.

23. Implementation of the proposals in this paper needs to follow from adequate consultation. For the results and other outputs to be valid indicators and credible, we need to adopt accepted practice where possible. Prior to implementation we should seek advice and endorsement from regional professional bodies that our proposals will make a meaningful contribution, in line with other initiatives, to support the restoration of our countryside. 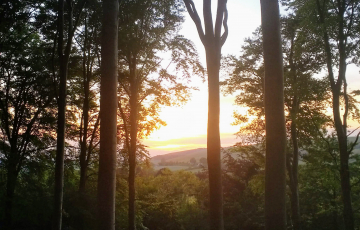